How to Tell the Difference Between Mice, Rats, and Voles 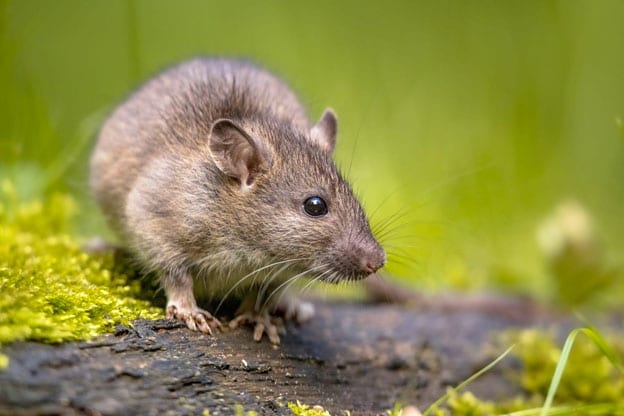 So, you’ve noticed a furry critter around your home, but the problem is that you don’t know if it’s a mouse, rat, or vole. If you’re trying to figure out which critter is trying to make your house their home, it can sometimes be a difficult feat, especially if you don’t know the difference between the three. Here’s how to tell the difference between mice, rats, and voles.

If you see the rodent, take note of its appearance. Mice typically have large, round ears, a hairless and long tail, a pointed snout, and a smaller size. Rats are generally much larger than mice. They also have smaller ears, but they have a blunt snout, and their tails are much thicker than mice tails. Voles are probably the easiest to determine because they have more physical differences from mice and rats. While voles do have similar rounded ears, their bodies are much thicker. Voles also have a rounded snout and very short tails in comparison to mice and rats.

While all three rodents have similar diets, they have some noticeable differences in food preferences. Mice and rats are both omnivores and will eat almost anything. They typically eat things associated with humans, but they will also eat seeds and grain. Rats will also eat other smaller animals and food from trash cans. Unlike mice and rats, voles are herbivores and will only eat many plants, grasses, and seeds.

If you suspect that you may have a rodent infestation in your home or yard, there are some specific signs to look out for. Both mice and rats have several common signs, including droppings around the house, an ammonia smell from their urine, shredded fabric and paper, scurrying noises, and strange behavior from your pets. Unlike rats, mice also leave a musky smell. Rats will also leave teeth marks on items, such as plastic or wood, and they leave greasy marks from where they have been, such as on the floor or counter. Both reproduce quickly and can cause an infestation indoors.

Unlike mice and rats, if you have a vole infestation, it will be outside in your yard and not your home. Other signs of a vole infestation include small tunnels in your yard, trees that aren’t standing straight up due to tunnels, teeth marks on plants and trees, and nibbled root vegetables. Evidence of vole activity is more likely to show up during the springtime as the snow is melting.

The next time you see a rodent, make sure to know what type of rodent you’re dealing with. While mice, rats, and voles may appear to be similar pests, they have different characteristics and habits. If you’re having trouble identifying the pest in your home or need help with pest control, be sure to call Nature’s Balance Pest Control to handle the problem for you.